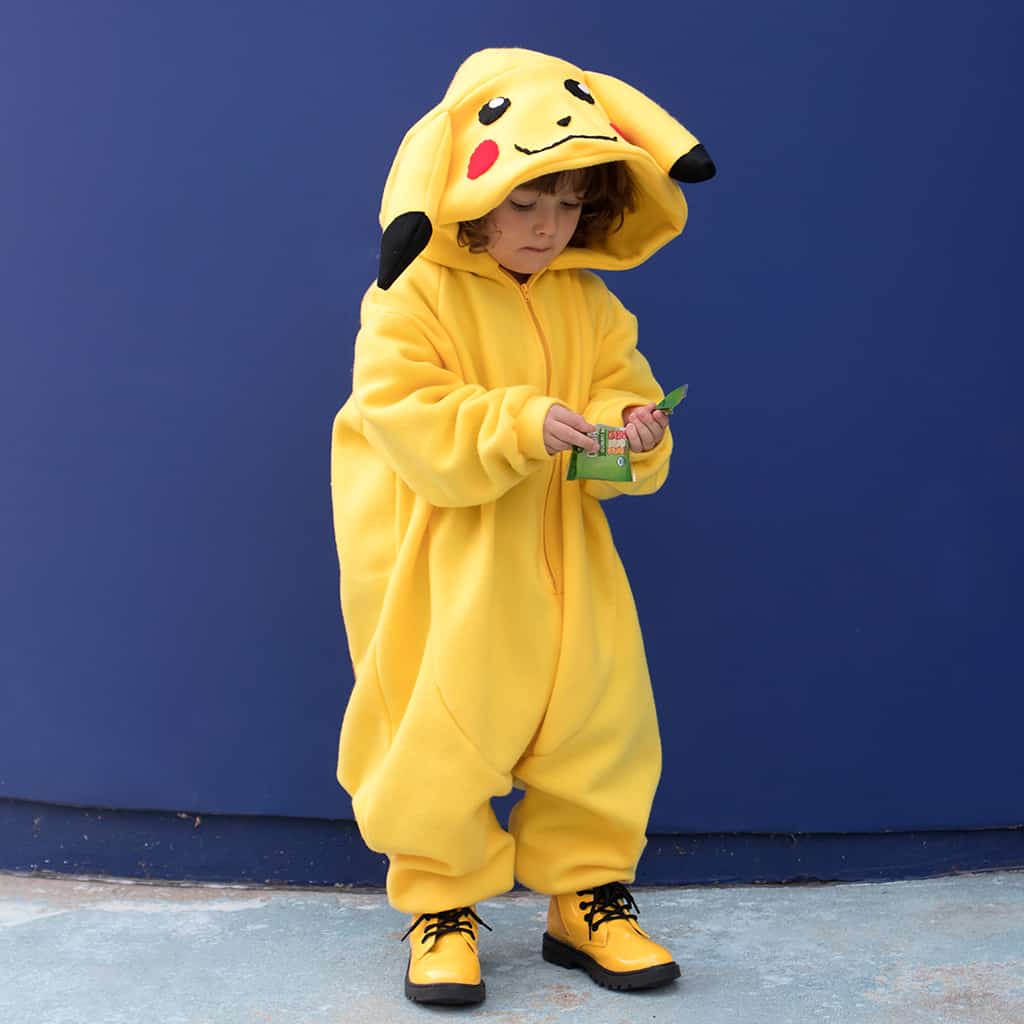 Hi friends- I hope you’re all enjoying this weekend before Halloween! We have a bunch of activities planned such as pumpkin carving, trick or treating, and a Halloween parade. I wanted to share one of the costumes I made for Indigo this year- this DIY Pikachu Costume! He wore this to a Halloween party and he’ll wear it to his party at nursery school. I made a second costume for the parade and trick or treating which I can’t wait to reveal!

Sewing Halloween costumes have been a long-standing tradition in my family. When I was a child, my mom sewed my costume every Halloween and after I learned to sew I started making them for myself. I love that I get to carry on this tradition with my own child!

This Pikachu costume was relatively easy and fast to sew. I couldn’t find a Pikachu sewing pattern so I used Simplicity D0832 and made some changes. I altered the pattern to make the sides slimmer (the body was huge originally). I also slimmed the legs a little and brought up the crotch approximately 4 inches. I used yellow fleece for the body which is inexpensive, easy to work with and so cozy! The face applique on the hood is felt (as are the back stripes) which I hand sewed. For the tail, I used this very stiff felt which held its shape nicely.

For the finishing touch, I found these awesome yellow Dr. Marten-eque boots on Amazon. The quality is very good for the price and they’re actually waterproof so Indigo can wear them as rain boots.

I’ll be back soon with more of our Halloween Costume reveals! 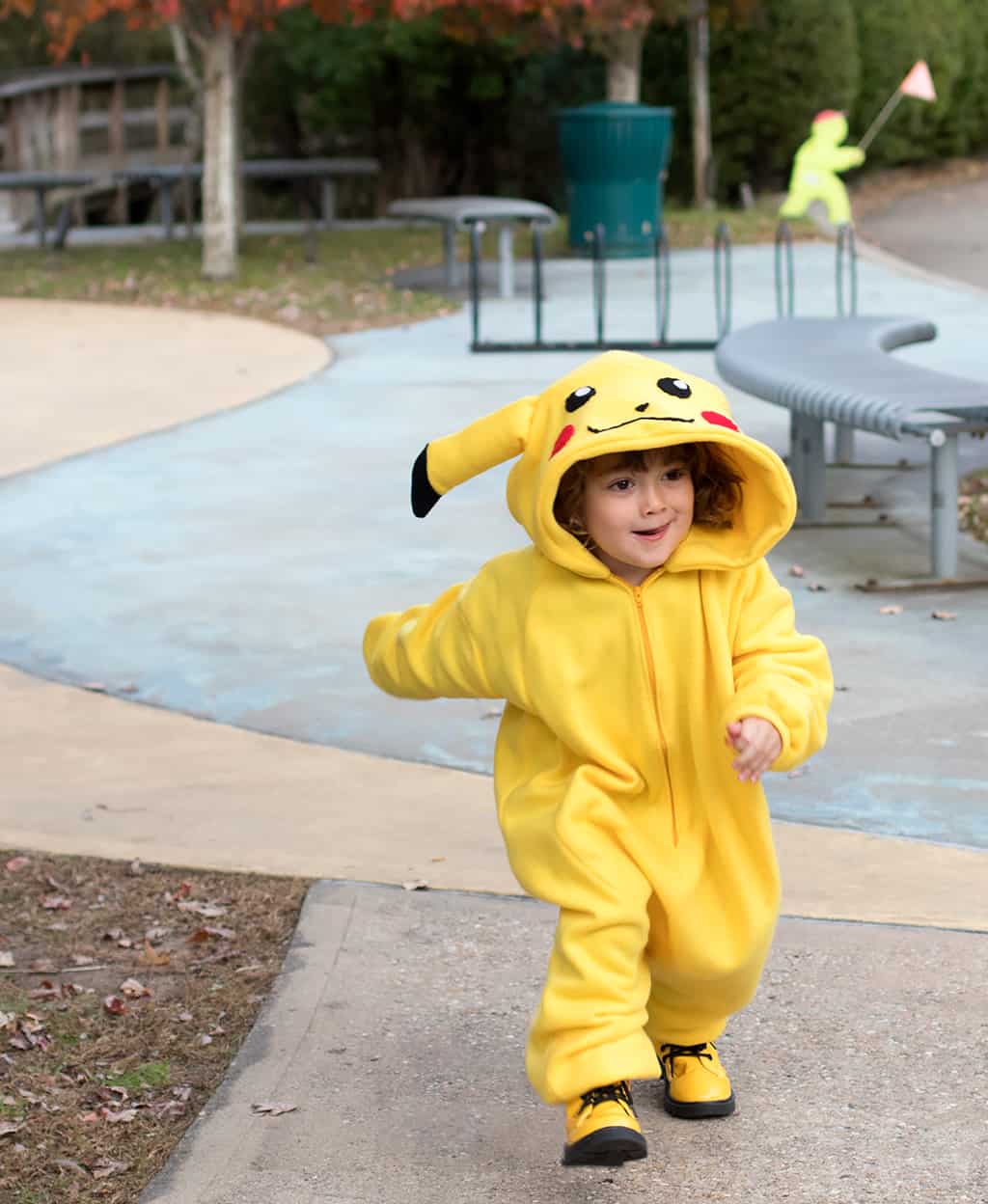 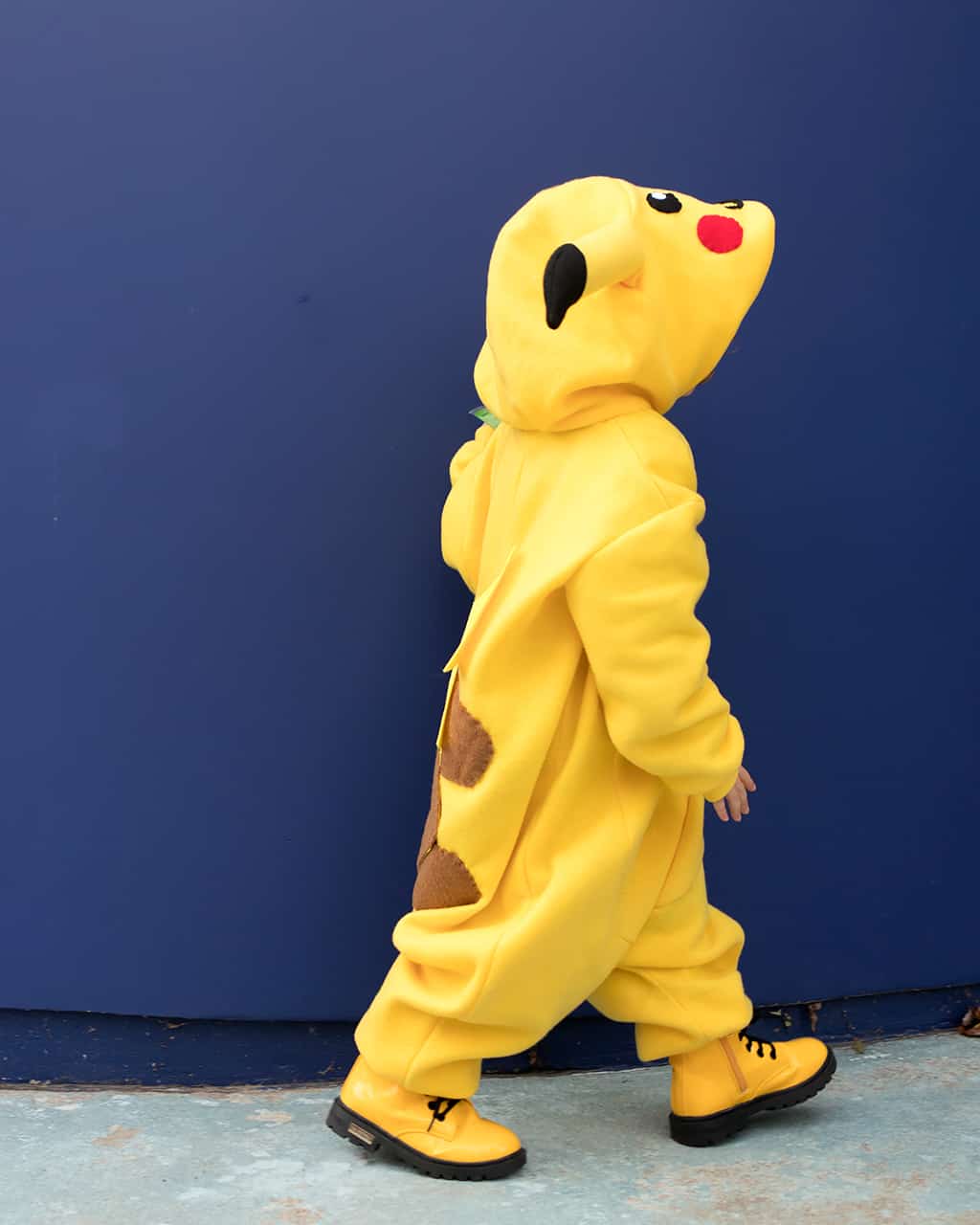 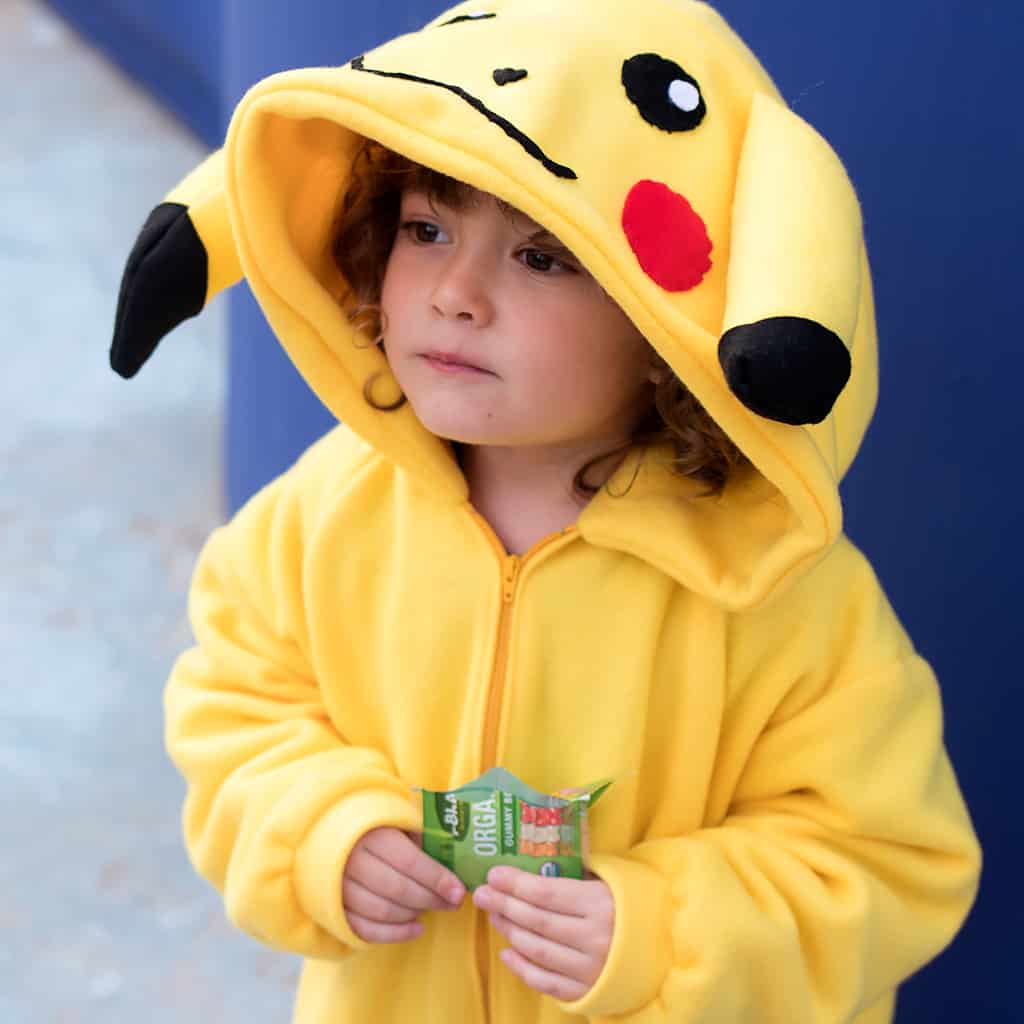 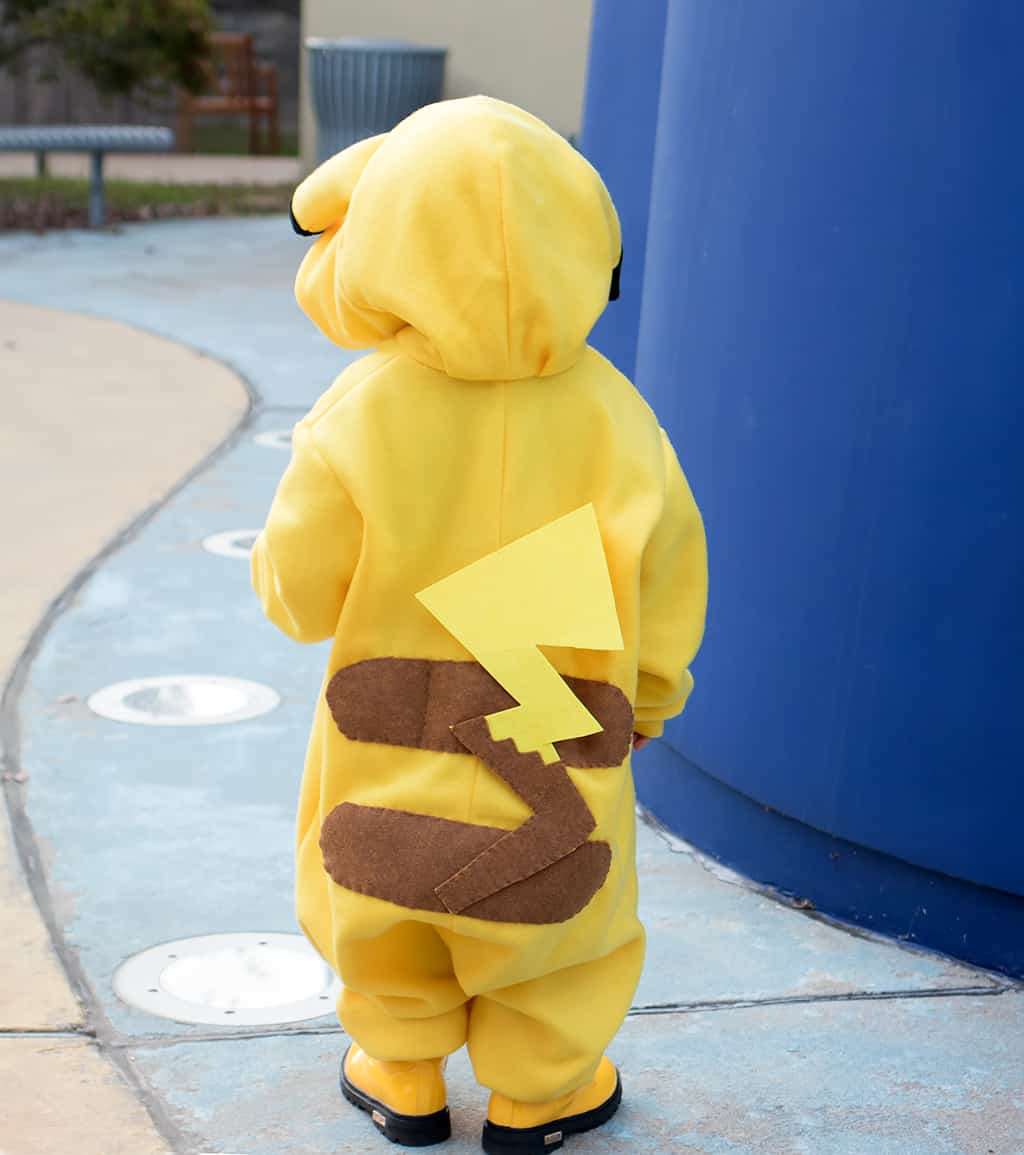 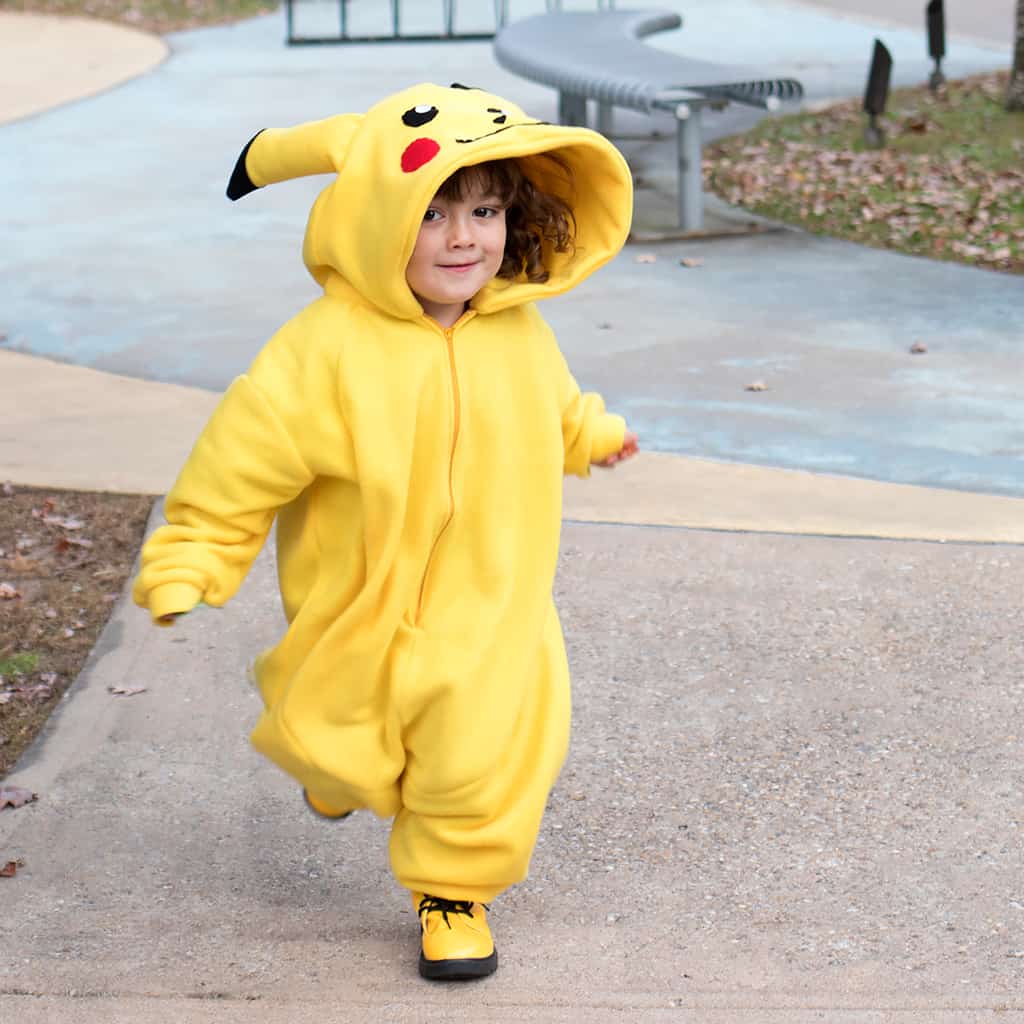 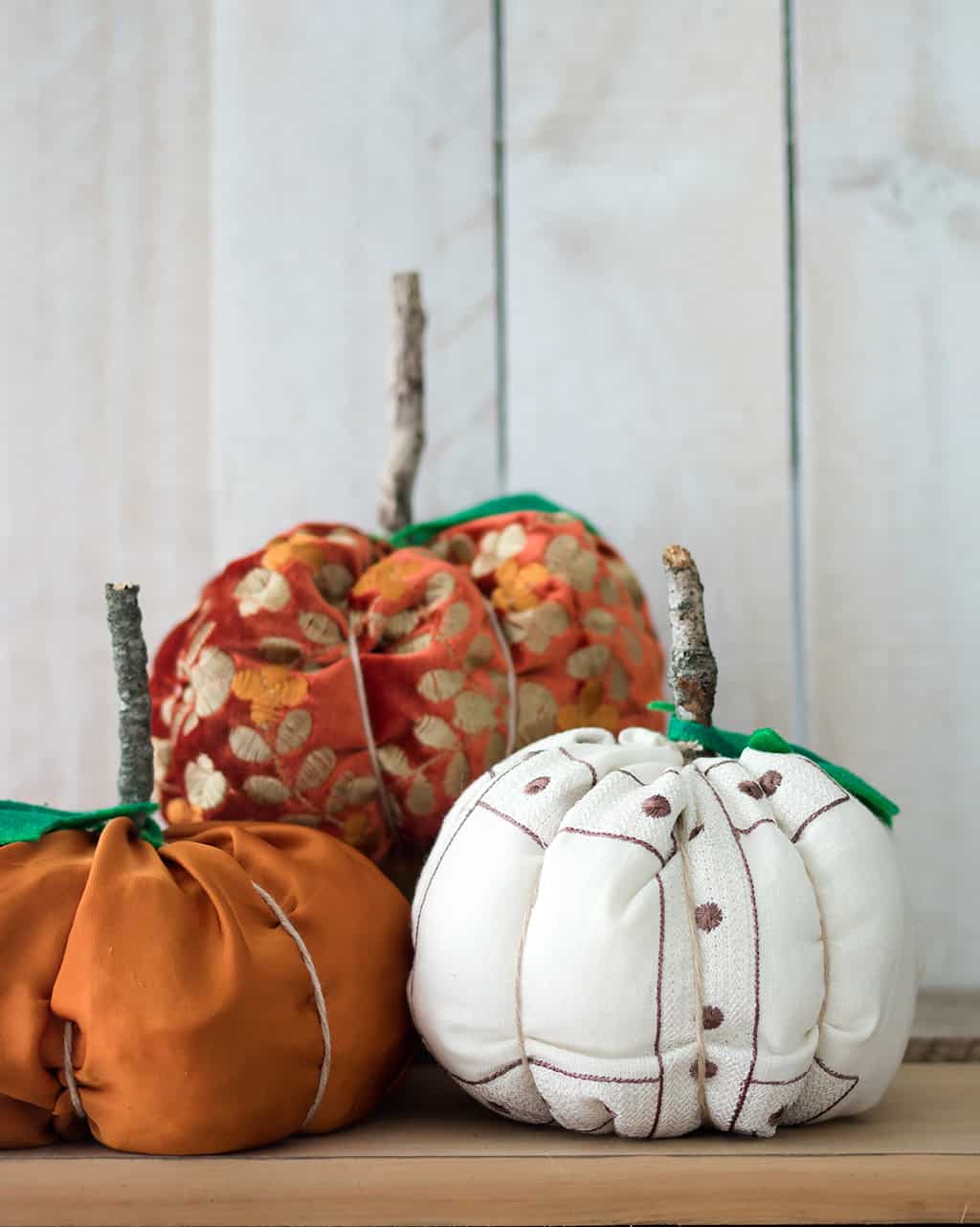 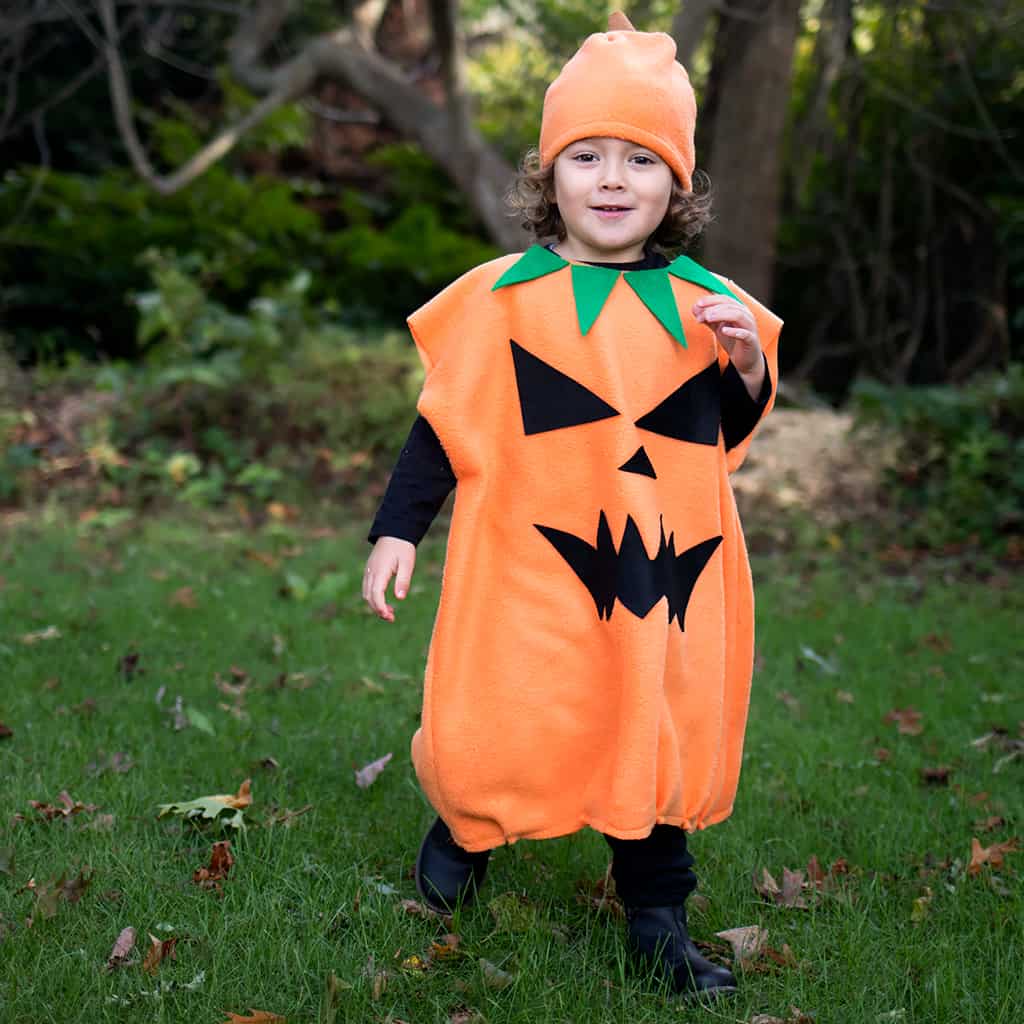 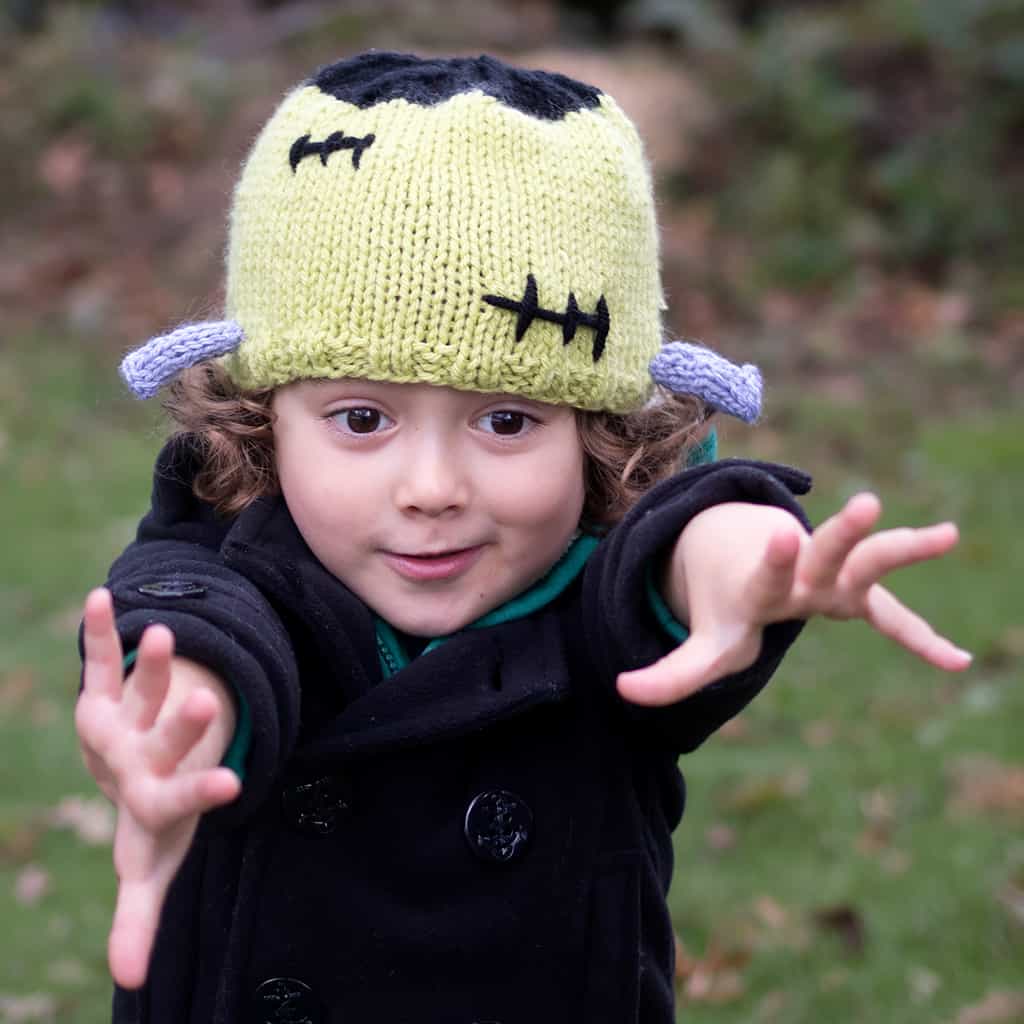 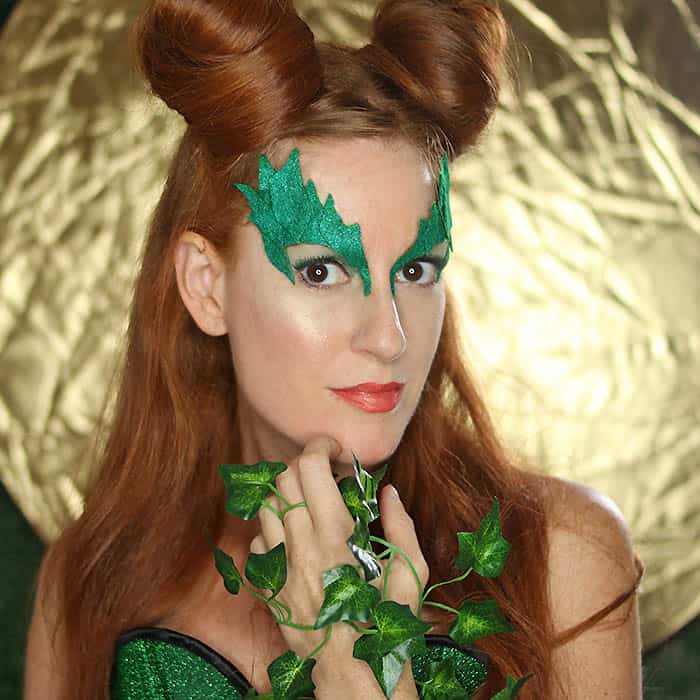 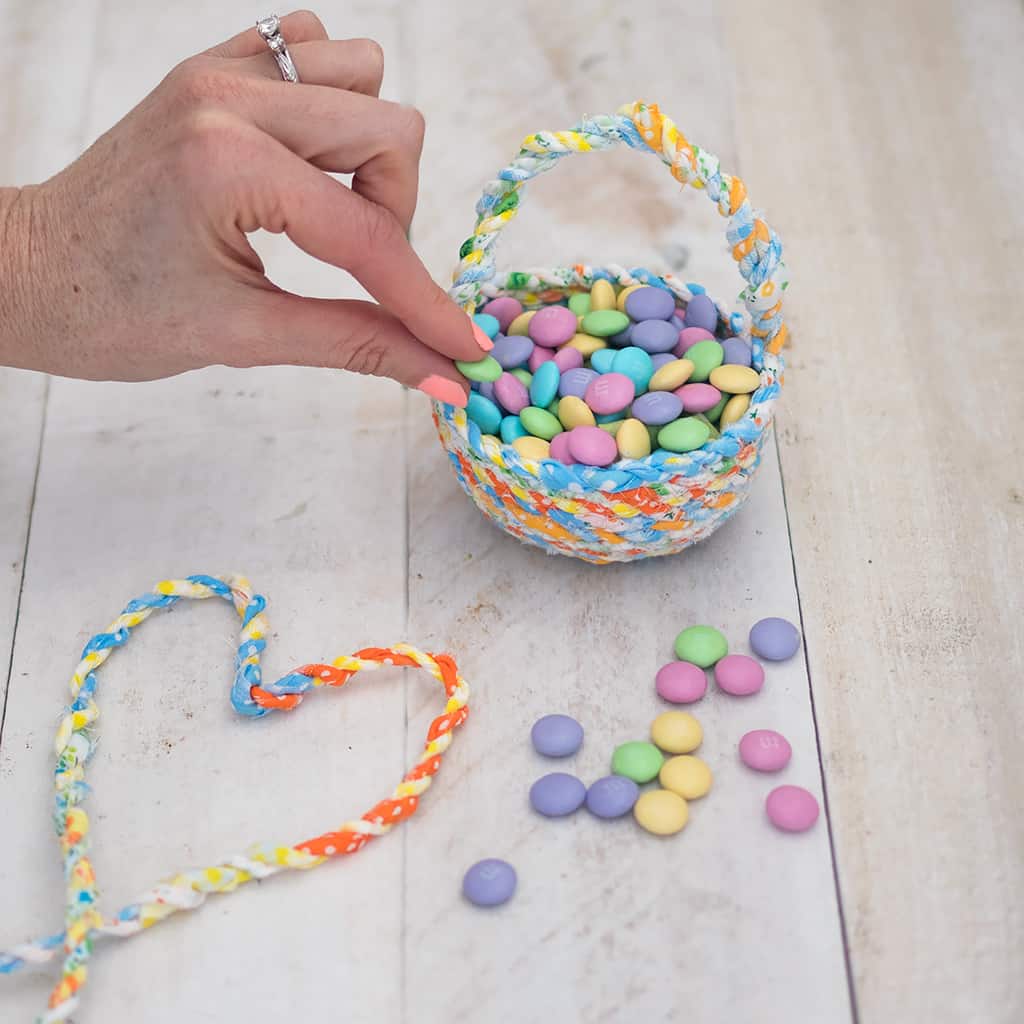